Clean indoor air is important as it can cause health problems in the future. Sometimes you want a portable purifier that can be compact but at the same time be able to purify the air in the room.

Some of them can remove odors, the others have an advanced filtration system for those who are too sensitive to dust.

There are 5 best portable air purifiers with the best filtration system and smart features for personal use. 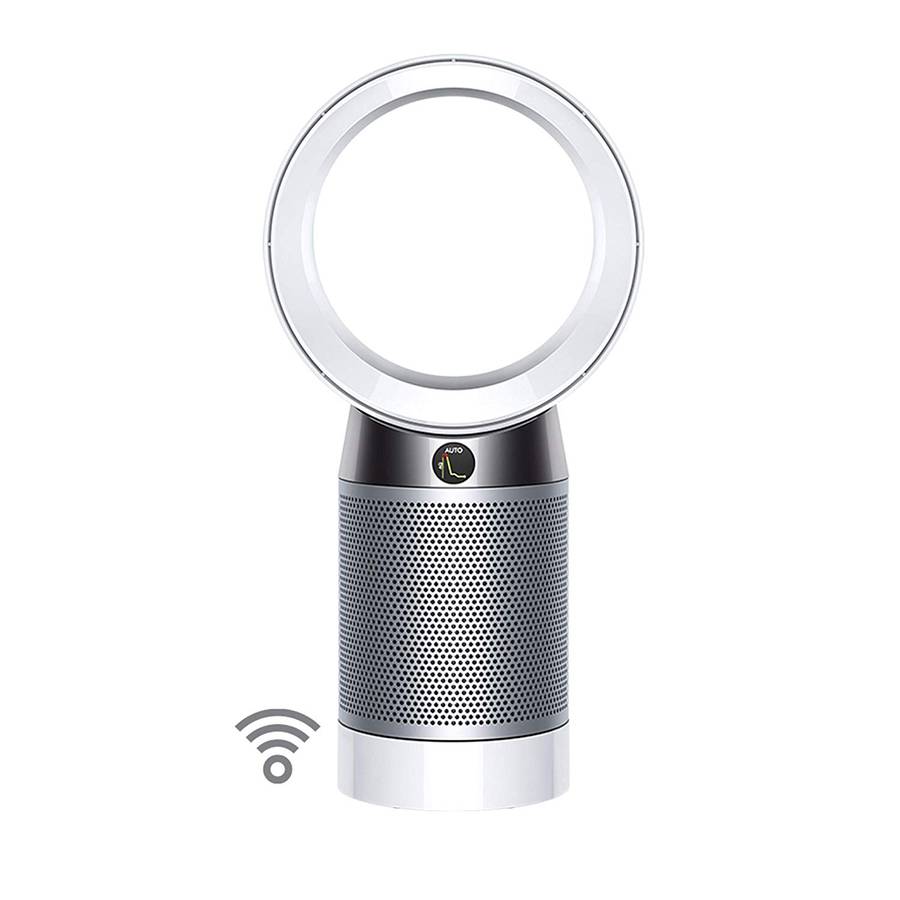 Bladeless design is safe for everyone

Can be connected from the Dyson Link app. Works with Alexa and Siri.

The Dyson Pure Cool Purifying Desk Fan DP04 certainly looks stylish. It has plenty of features, including sensors that capture live data on the air quality in your room, and the option to control it from your smartphone via the Dyson Link app – which will even let you set up voice control via an Amazon Alexa or Echo.

The design of this Dyson air purifier is impressive. It is baseless and is easy to clean.

The Dyson DP04 can be adjusted manually thanks to the pivots of its body. So you can angle the airflow up and down without the need of its mechanized oscillation settings.

There is also a blue color option available for the Dyson DP04.

Dyson DP04 will use the best and latest air filter from this company. It is a better filter, with a 2-stage air cleaning system instead of only 1 like the predecessors: true HEPA filter and an activated carbon filter (removes household odors and gases).

You will be alerted when the filter needs to replaced. 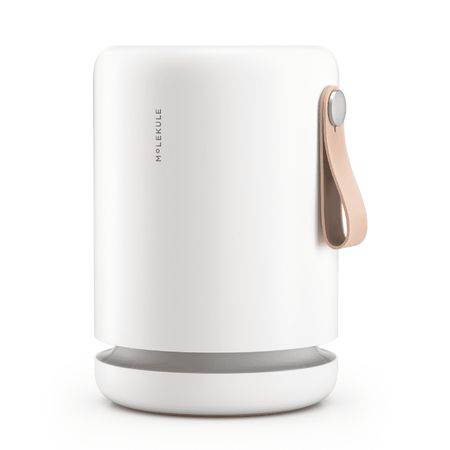 Has an advanced filtration system

Now, Molekule has launched the Air Mini+, which has all the same features of the Air Mini (plus a few more).

It replaces the air in a 250-square-foot room every hour.

What is PECO filtration?

Photo Electrochemical Oxidation (PECO), works at the molecular level to destroy pollutants. It breaks down VOCs, bacteria, mold, viruses, allergens, and other pollutants at a molecular level when activated by light. 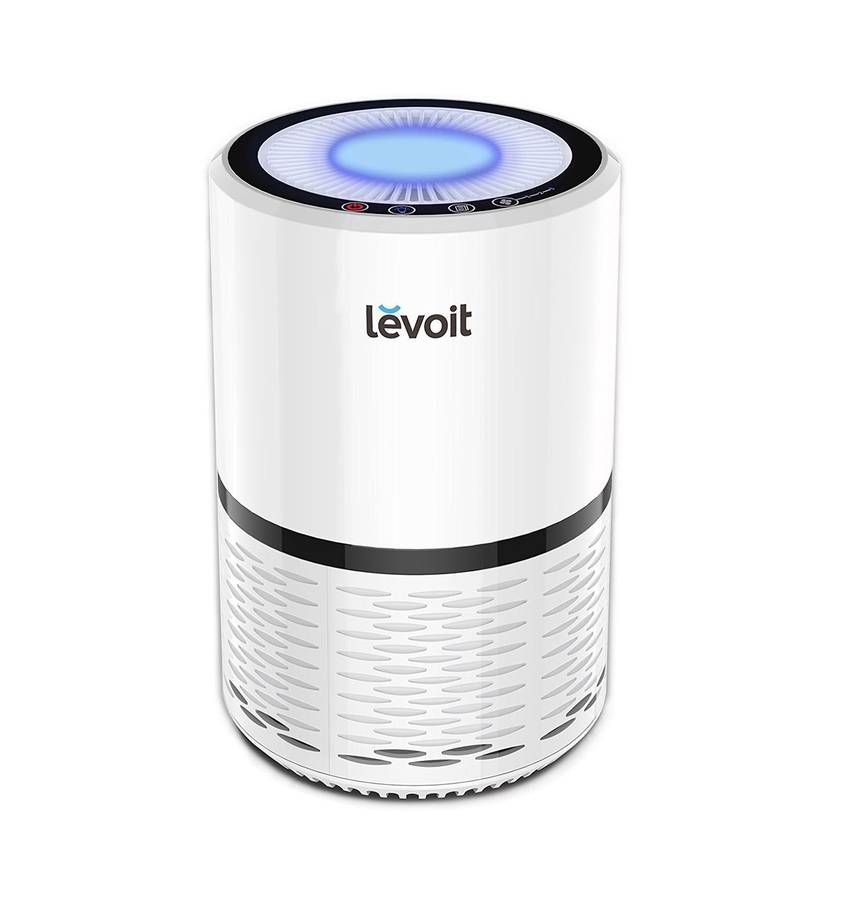 The best value for the price.

The Levoit LV-H132 serves as a momentous device in the story of compact air purifiers. It uses a new design language for air purifiers. The machine makes about 26 dB of noise. You can turn the lights off if needed.

Instead of the usual solid square-shaped design as in Levoit LV-PUR131, the Levoit LV-H132 is cylinder-shaped, with a pre-filter right at the bottom of this air purifier. The air will flow from the bottom, through many air filters and get out from the top of Levoit LV-H132. This bottom-to-top airflow concept is extremely popular at the moment, all thanks to this Levoit LV-H132.

Levoit LV-H132 comes with 2 color modifications: black and white. Also, there are 5 buttons on the top to control the purifier.

The purifier has a three-step filtration system: pre-filter that catches big particles, the true HEPA filter removes allergens and pollens and activated carbon filter which gets rid of household odors.

There is a built-in replacement indicator that tells when you need to replace the filter. 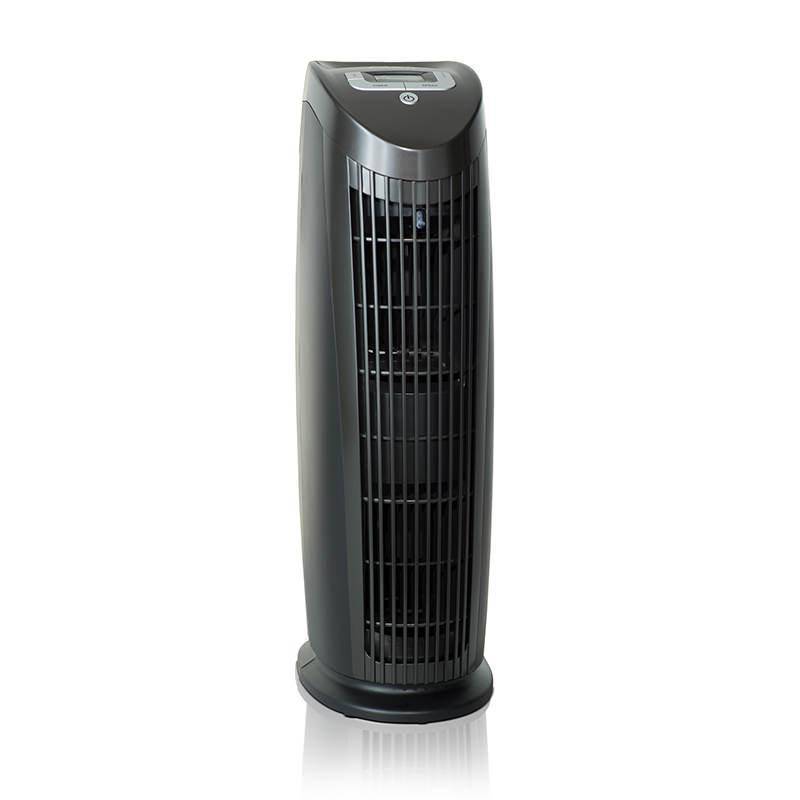 Tall but can purify a big area faster than others.

Alen has it for a good air purifier for those on a budget. And it`s an Alen T500. It is a device without any fancy features, but there are many reasons to set it up in your home.

Cleans up to 500 sqft of air every 30 minutes on high speed.

This air purifier is portable and convenient to move around. Alen has made a $39 travel bag for only this Alen T500, so you can easily pack it up and bring it with you anywhere.

Today Alen T500 is a true tower air purifier with the classic design for back-to-front airflow concept. On the top there is the intuitive LCD Screen controls with 4 basic function buttons to help operate the Alen T500 easier.

Alen air purifiers have a 3-stage air filtration system. The first layer is a washable pre-filter, while the second stage relies on a HEPA air filter. 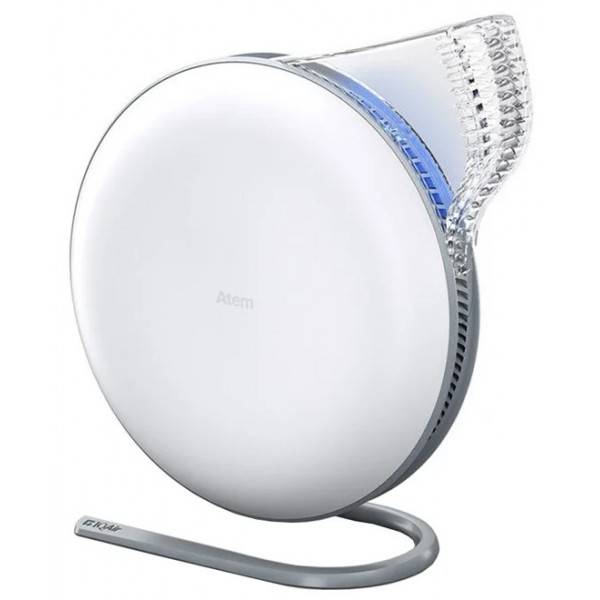 Can be controlled via the app. Has a modern design.

If you’re looking for a high-quality desk air purifier, the IQAir Atem might be the best device for you. When it comes to a desk air purifier, you want one that works hard to remove airborne pollutants and harmful elements from your indoor space. It can also be used as a car or travel purifier.

The purifier can be connected to the app to control the IQAir.

This desk air purifier is shaped like a disc with a clear wing-shaped piece protruding from the top. That part is called the PureJet diffuser and it’s where clean is delivered out of the device.

The Sensor button is located on the side at the center of the disc. You won’t see a physical button because it’s a touch-sensitive area. The Sensor button responds to your touch to turn the unit on/off and increase/decrease the fan speed.

This personal air purifier also comes with a stand to ensure it stays upright on your desk or other surfaces.

The company chose to include their most advanced filter in a smaller size:

HyperHEPA Filter. Manufacturers of ordinary air filtration systems claim that their systems filter particles larger than 0.3 microns. IQAir's HyperHEPA filtration is proven and certified to filter at least 99% of all particles down to 0.003 microns - the smallest that exists.

The only things the IQAir Atem can’t remove are odors and chemical vapors in the air.

Pros and Cons of the Dyson V8 Animal & Absolute

Garmin fenix 6 vs. 6S vs. 6X: The Differences Explained

Garmin Vivoactive 4 vs Venu: Which Is Better?

Garmin Fenix 6 Pro vs Garmin Forerunner 945 Review: Which One To Get

Dyson V11 After 7 Months: Is It Still The King?

Bissell Crosswave Max 2554A vs. Crosswave Pet Pro Which Is Better For Stains

Is The Dyson Supersonic Hair Dryer Best On The Market?

Garmin Watches Lineup the Difference Explained: Fenix vs. Forerunner vs. Vivo vs. Venu

Shark The Best Upright Vacuum For Carpet and Bare Floor

Dyson V11 Outsize: Is It Good For Carpet?

The Best Steam Mop: Bissell vs. Shark vs. McCulloch vs. O-Cedar vs. Iwoly

Dyson V8 Absolute vs. Dyson V10 Motorhead: Is Extra Power Worth It?

The Best Vacuum Cleaner For Carpet: Bissell vs. Rug Doctor vs. Hoover